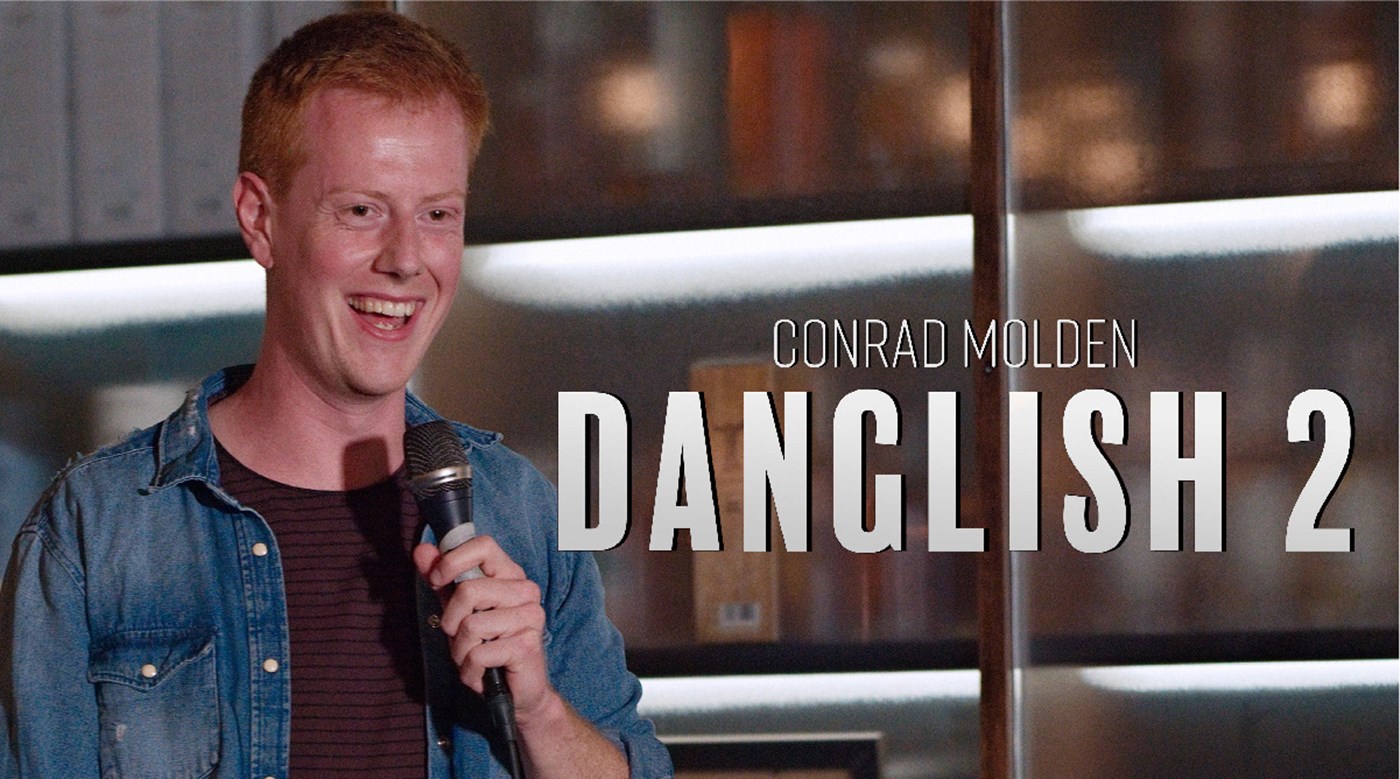 Billetbestilling til Conrad Molden Stand Up Show i Karup Bio

Conrad Molden is a comedian, originally from Britain but has become as Danish as stegt flæsk med persillesovs. He’s been performing since 2013 and can be proud of three national tours, including his sold-out one-man show Danglish: A Hyggelicious Comedy Tour and performing alongside Sebastian Dorset on his 2019 Forskerstand-up tour.

He’s performed across Denmark with fantastic reception: birthdays in Falster, club nights in Møn, hosted open mics in Aalborg, countless shows in København, Aarhus, Odense etc. and has even entertained the Royal Danish Air Force at Karup Air Base.

In 2013, with Danish comedian Jacob Taarnhøj, he co-founded English Stand Up Comedy Aarhus with, the first weekly English-language open mic event in Denmark. He regularly host these nights with great success and have expanded to hosting nights in cities all over Denmark including large venues is København, Aarhus, Odense and a permanent English night in Aalborg.

Conrad’s comedic style is unique. He looks at life in Denmark through English eyes: funny, thoughtful and witty observations with a twist. He’s known for his examination of language, wordplay, storytelling and playful examination of Danmark’s dejlig culture. He looks at “the small slices of life that really get us a laughing.” Booking Conrad guarantees a good show and something very special.